Invasion–Explosion from Dienstag aus Licht depicts an abstract battle between the forces of Michael and Lucifer. The battle takes the form of musical “signals” exchanged between two armies: Lucifer’s 9 trombones and Michael’s 9 trumpets. Both armies also have a synthesiser and a percussionist with electronic percussion. Lucifer and Michael are a bass and tenor respectively. The armies’ signals are played and sung alongside a piece of electronic music with 16 layers that are projected octophonically into the space at two heights. The music surrounds you and seems to swirl and move in all directions as different elements come into focus or fade into the background. The electronic music creates an at times seemingly timeless soundscape which is shattered by three “invasions” of the two armies who also surround and move around the audience, immersing them in the battle.

Dutch National Opera staged a performance of Invasion–Explosion with Owain as Luzifer at the 2018 Opera Forward Festival which acted as an early preview for the much larger production: aus LICHT. The performance took place on the main stage at the National Opera & Ballet which became battleground and auditorium with the audience seated in banks and the performers surrounding them.

Much of Stockhausen’s music in Licht is modular; an individual act or scene can stand alone as a self-contained composition and within those scenes there may be many other pieces of music that can be extracted. As an example, Invasion–Explosion forms Act 2 of Dienstag aus Licht but also contains Pietà for soprano and flugelhorn and is followed by synthi-fou which also stands alone as Klavierstück XV. The accompanying electronic music is also a piece in its own right, Oktophonie, and the signals that the two armies play can be performed by solo trombone as Signale zur Invasion, with or without the electronics. The material for all the music is all based on Stockhausen’s Super-Formula for licht—an extension of serialism that effectively turns any moment of licht in some sense into a microcosm of the whole as if the whole work was grown like a fractal with infinite complexity and detail from a simple seed.

All of Licht can be seen to some extent as a response to World War 2 and nowhere is that more explicit than in Invasion–Explosion which is directly inspired by Stockhausen’s experiences of allied bombing raids as a teenager. The electronic music that precedes the first two invasions depicts an aerial attack and defence and contains the drone-like sounds of plane engines in the synthesised tones.

As a performer one of the primary challenges of the Invasions is coordinating them to achieve a good ensemble sound. There is no conductor and the players that you must synchronise with are often far away in multiple directions. The signals are rhythmically complex and often need to synchronise with the electronic music. As Luzifer I had to lead entries and maintain and set accurate tempi which was a challenge I was not used to as a singer! 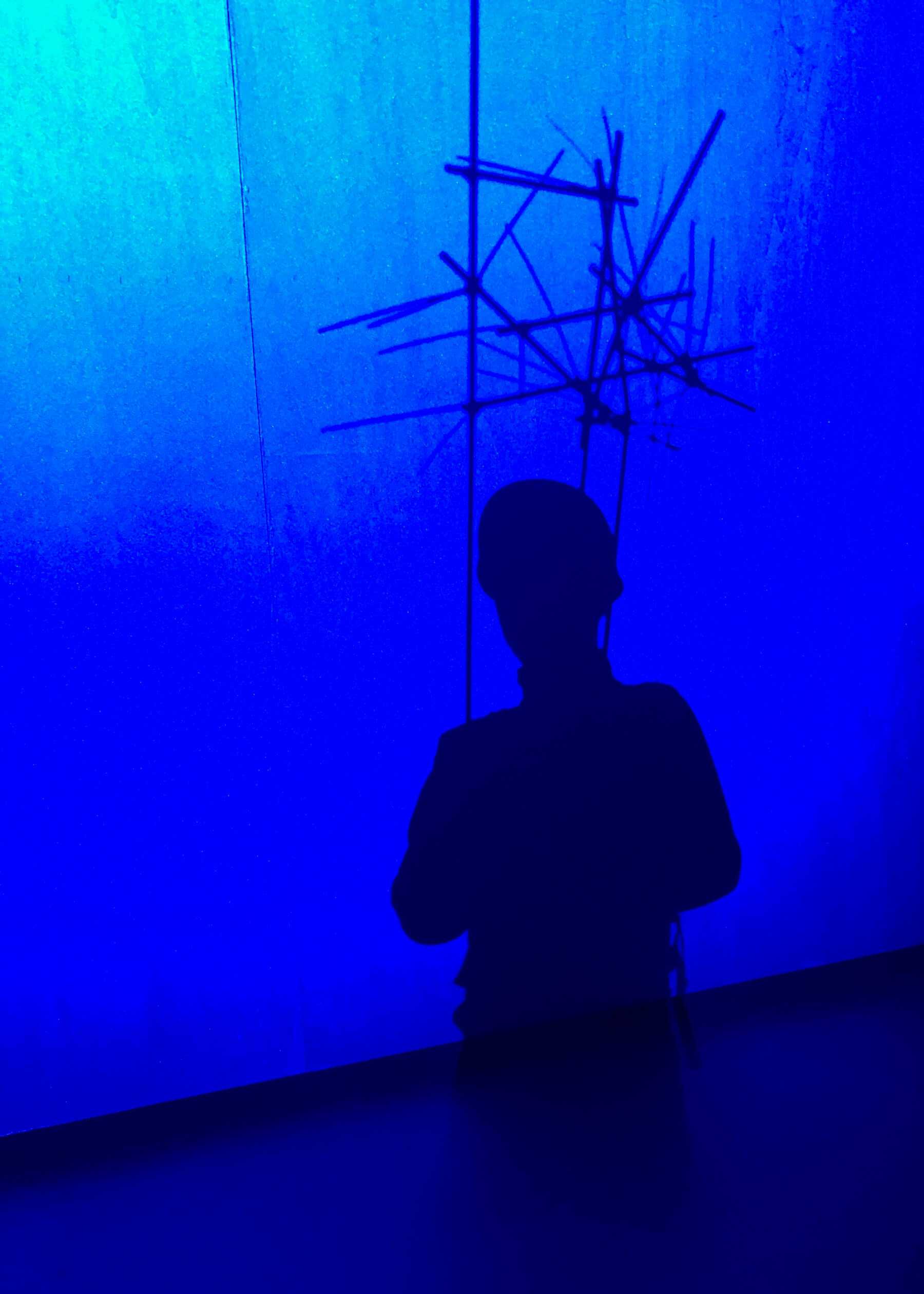 A few behind-the-scenes pictures of my experiences learning and performing Invasion—Explosion, for Dutch National Opera first at the National Opera & Ballet and then at Westergasfabriek in Amsterdam.